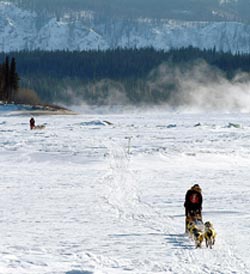 The race attracts world class mushers from other well known races such as the Yukon Quest and Iditarod, and is a qualifying race for both.

Temperatures during the race can vary from -40C to +10C. Depending on conditions, the leaders normally run the race in about 24 hours, excluding mandatory layover time. Mushers take a mandatory six hour layover in Eagle, plus an additional 2 hours in either Fortymile or Eagle.

Race start is at 10.00am, and mushers leave in staggered intervals of 2 minutes. The difference is calculated into mandatory layover time.

The first time slot at 10.00am is reserved for the memory of Percy DeWolfe, with the first competitor out of the starting chute at 10.02am. 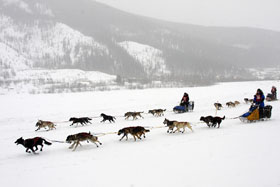 The Percy Junior runs from Dawson City to Fortymile return 100 miles (160 km), following the Yukon River with some bush trails.

Race start is a mass start on the ice bridge on the Yukon River at 3.00pm. 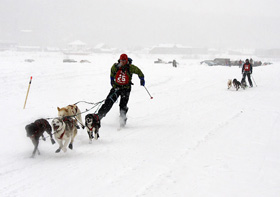 Race start is a mass start on the ice bridge on the Yukon River at 3.30pm.